The Wine of the Hungarian Parliament 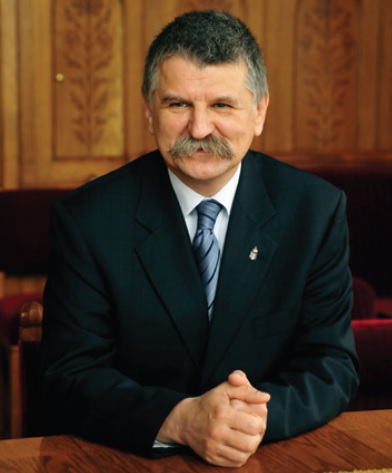 For we Hungarians, this year is not only about national remembrance, but also about togetherness.
Not forgetting the hundred-year-old tragedy of history, we can draw strength from the fact that as a state and as a nation, we have proved to be stronger than those who wished to tear us apart.
Looking ahead into the future, now in late summer, early autumn, with grapes ripening, the timeless words of Sándor Márai echo within us: “during harvest, Hungary looks as if was being described in a poem by Vörösmarty: stern, masculine, at the same time, dreamy, atoned and hopeful.”

The fourth Wine of the Hungarian Parliament competition nominates the best white, red and rosé wines of the Carpathian Basin.

In our ever changing world, the competitive strength of a country, of a nation lies within its capacity for renewal. Hungarian winemaking exemplifies this strength: while respecting centuries-old traditions, it was able to constantly renew itself, providing an example of organic development that merges the past, the present and the future.

Our wine competition supports and promotes this timelessness, capacity for renewal and quality. The awardwinning wines represent our wine culture in worthy fashion in the home of Hungarian legislation, contributing to the improvement of our nation’s self-regard and reputation.

Hungarian wine connects us with one another as well as with other nations and the whole wide world.

Being one of Hungary’s trademarks, high quality Hungarian wine has been a worthy emissary for our country for centuries now. The Wine of the Hungarian Parliament competition was established to select wines of outstanding quality, suitable to represent the Hungarian National Assembly at parliamentary receptions. Keeping the highest quality requirements at the forefront, we welcome entries from wineries located in one of Hungary’s historical wine regions and focussing on Hungarian wine-making tradition. Candidates can enter with bottled quality wines and bottled wines with special attributes which comply with Hungarian regulations and are commercially distributed in Hungary. 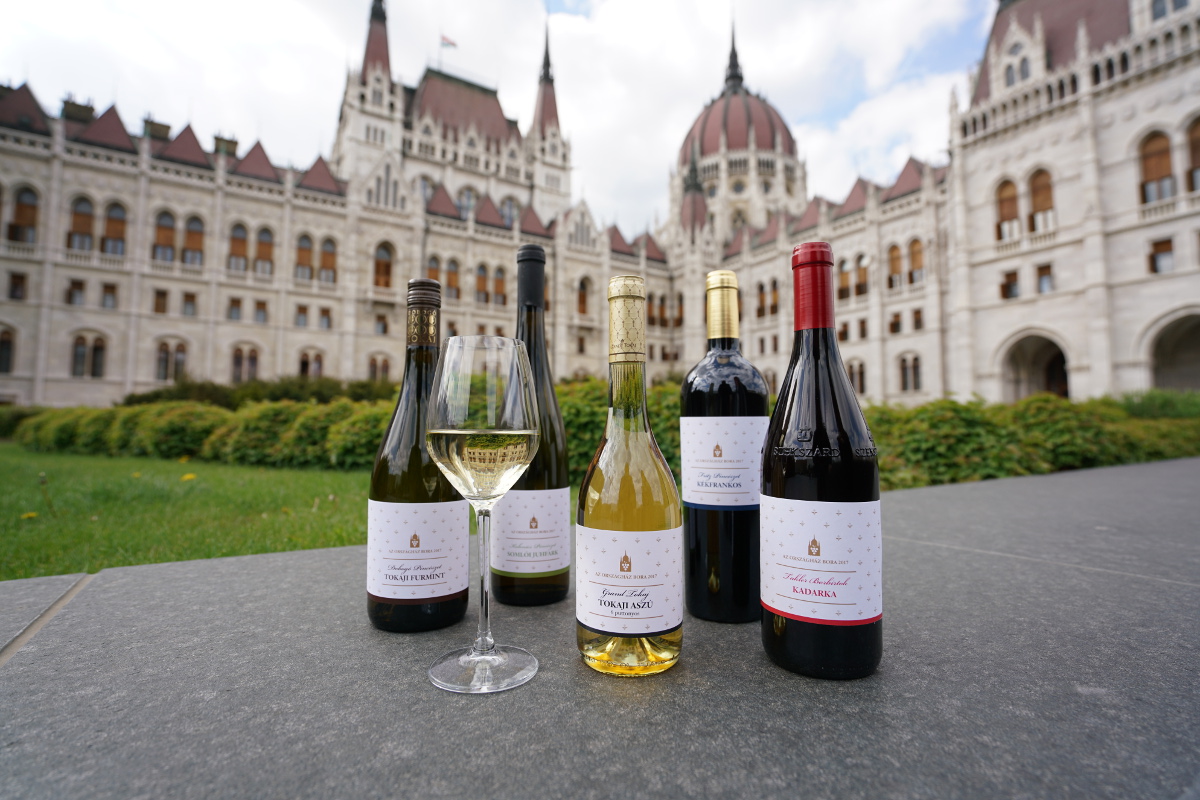 The wines were evaluated based on the positive evaluation method of 100 points that was developed by U.I.O.E. and O.I.V. and recommended by the Les Grands Concours Internationaux de Vins et Spiritueux. The jury consisted of Hungarian and foreign experts with expansive experience in tasting and evaluation; most of them are DipWSET-certified, having earned their diploma from the London Wine & Spirit Education Trust (WSET).

The statuette awarded to the grand prix winner of The Wine of the Hungarian Parliament competition features one of the female figures of the sculptural ensemble of viticulture found in the old Upper House lounge. The three-figural composition made i 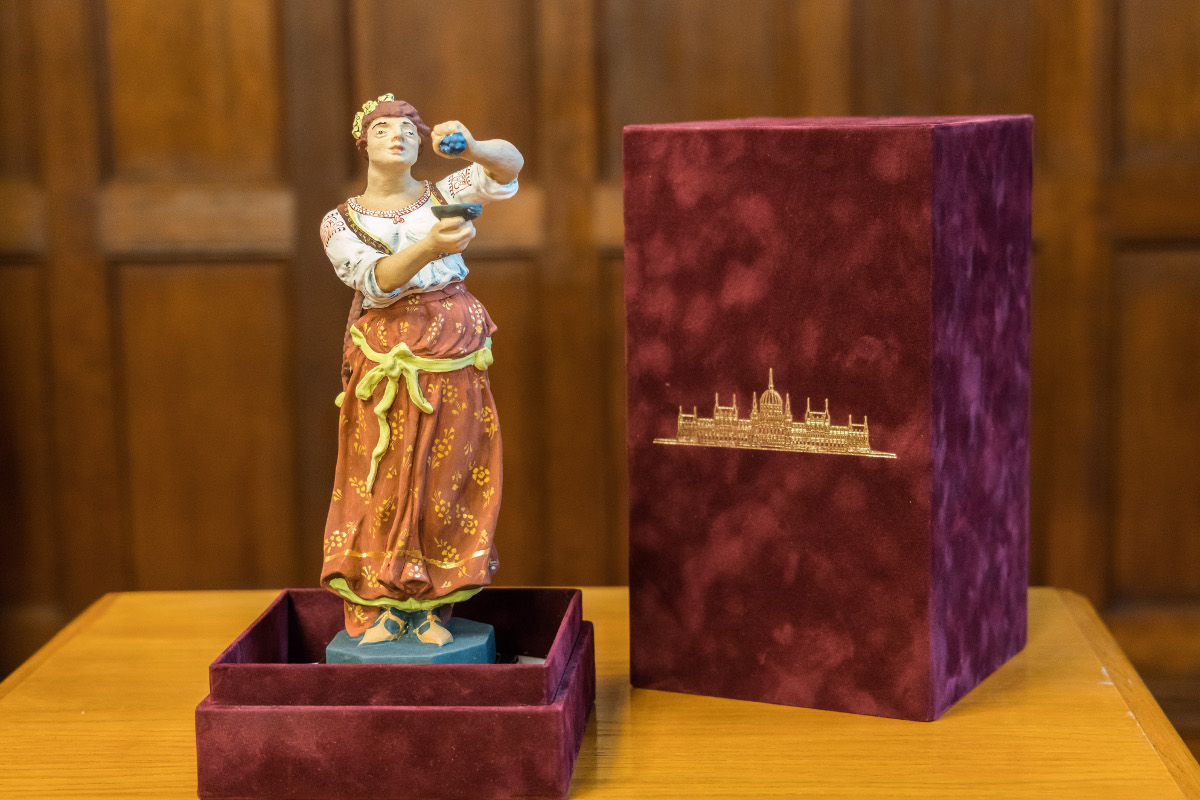 n Vilmos Zsolnay’s workshop was placed in such a distinguished location for good reason: Imre Steindl, the designer of the Parliament building, intended to draw the attention of the parliamentary representatives of the time to the prominence of Hungarian viniculture. The MPs did their job well since Hungarian legislators created a solid foundation for the country’s viniculture and oenology in the modern history of Hungary, which even the darkest periods of dictatorship could not dismantle.

The Speaker of the Hungarian National Assembly established the prize to honour those who win this prominent title with their excellent wines.

During the 19th century, the Hungarian National Assembly passed two pieces of legislation that laid the legal foundation for traditional wine production. Act XXIII of 1893 was the first regulation by which the state protected the interests of Hungarian winemakers against wine doctoring. Then, stipulated by Act XII of 1894, the national council of hill communities was formed and then became the cornerstone of high quality wine production in Hungary. Thanks to these legislative measures, the Hungarian state consolidated domestic viniculture. 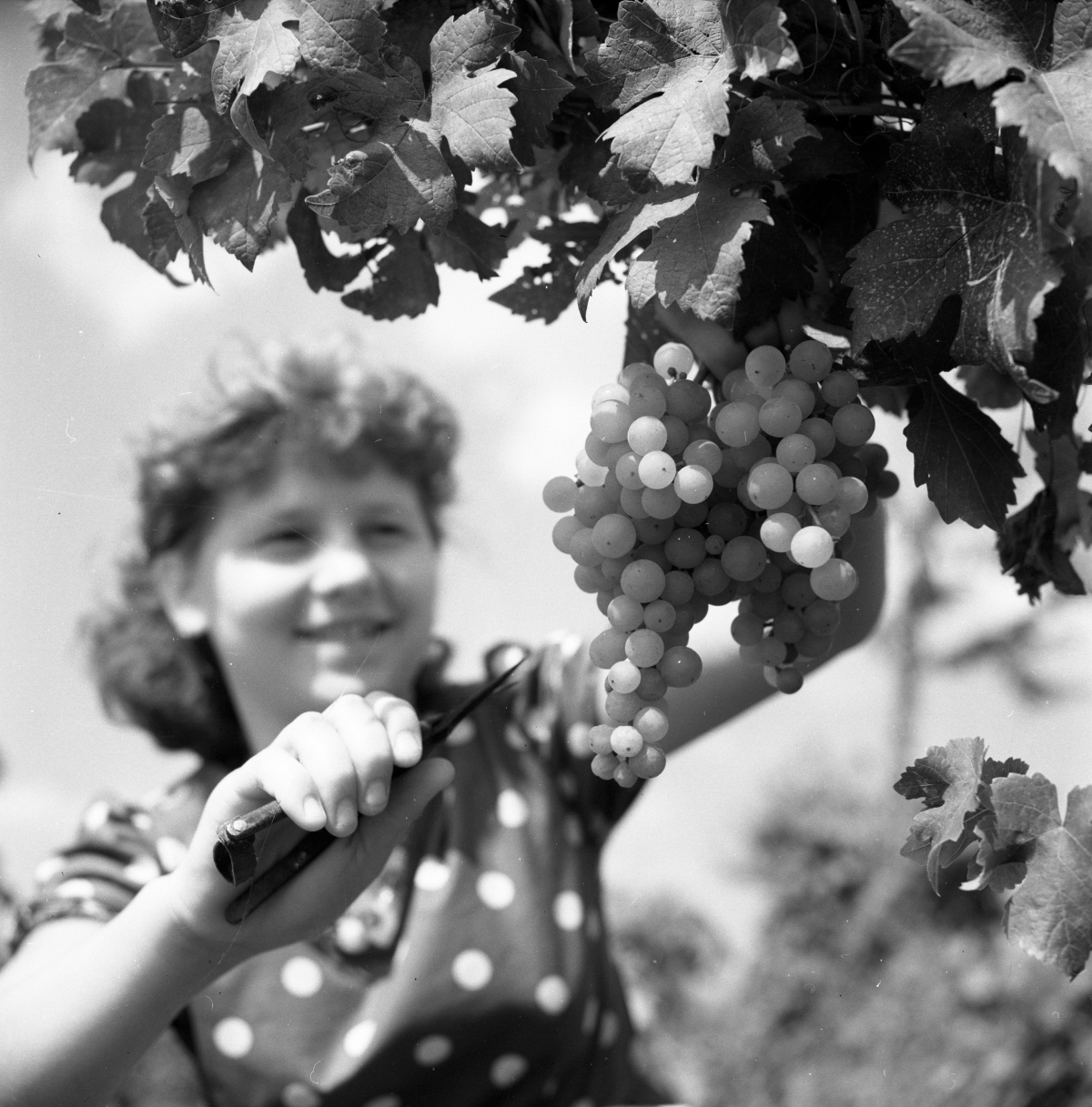